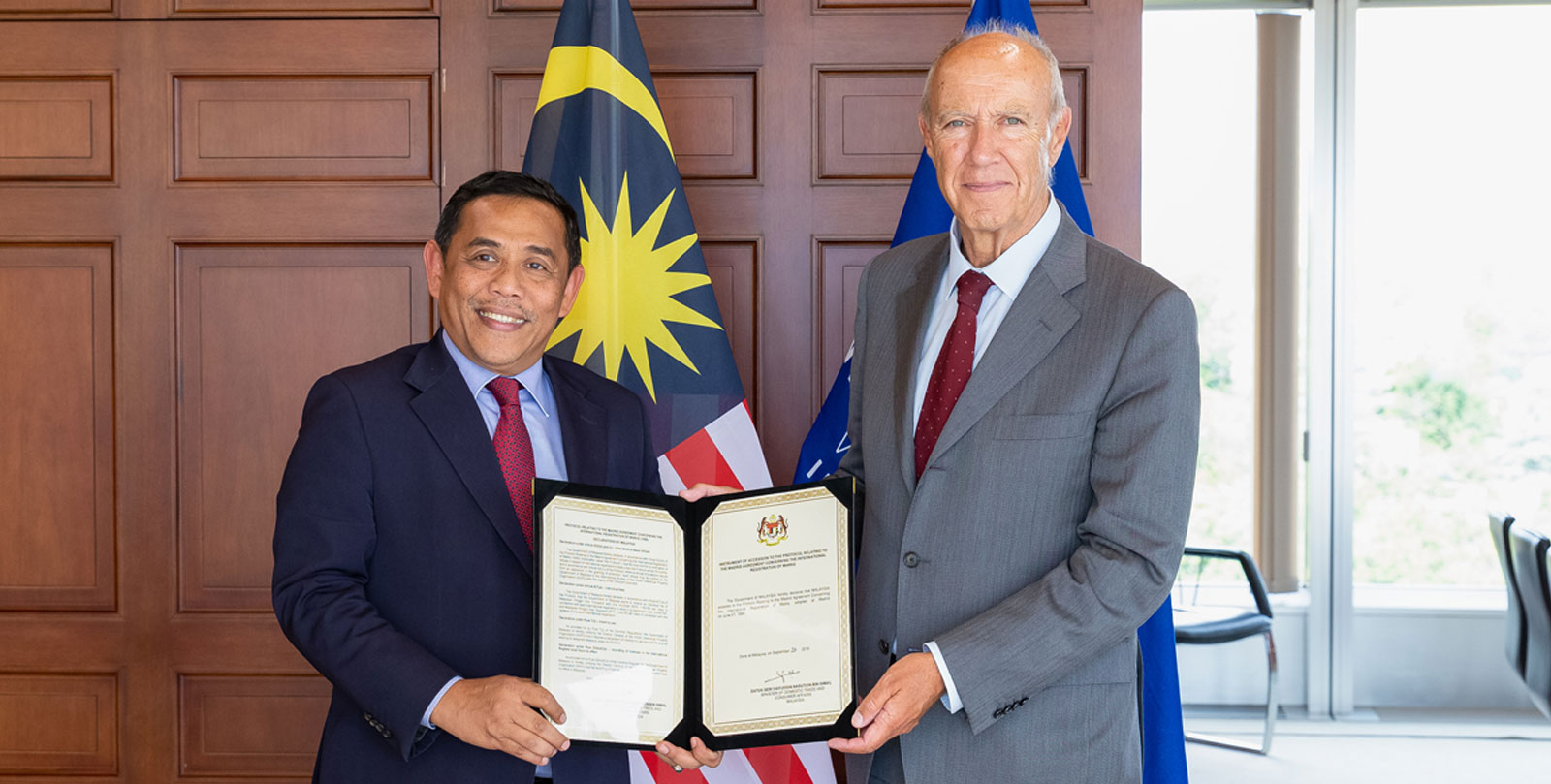 GENEVA, 27 September 2019 – Malaysia becomes the 106th member of the Madrid Protocol System upon depositing the instrument of accession of the Protocol relating to the Madrid Agreement concerning the International Registration of Marks with the World Intellectual Property Organization (WIPO) today.

The instrument of accession which was signed by the Minister of Domestic Trade and Consumer Affairs, Datuk Seri Saifuddin Nasution Ismail, was handed over by the Secretary General of Ministry of Domestic Trade and Consumer Affairs, Datuk Muez Abdul Aziz, to the Director General of WIPO, Francis Gurry. The Director General of Intellectual Property Corporation of Malaysia (MyIPO),Dato’ Mohd Roslan Mahayudin, was also present during the ceremony. The Protocol will enter into force in Malaysia on 27 December 2019. 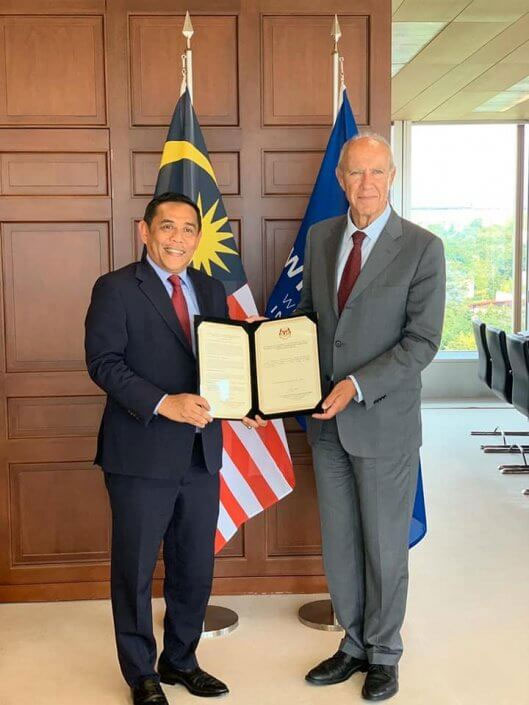 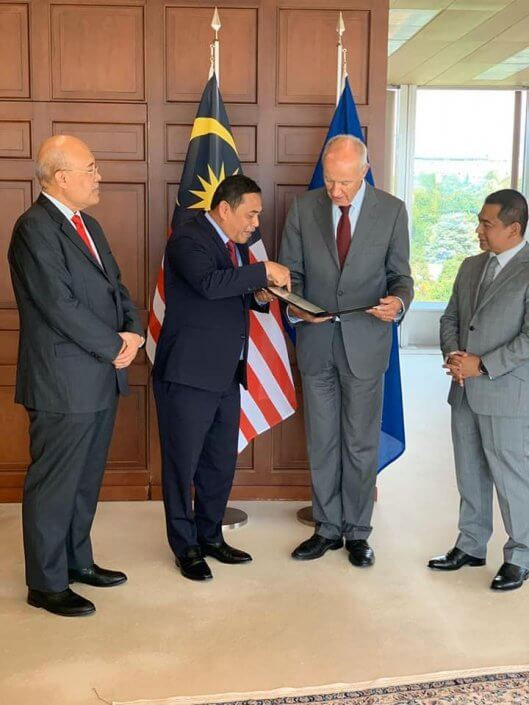 The accession will enable Malaysian businesses to protect their trademarks internationally in 122 countries around the world. This most awaited accession to the Protocol reflects the Malaysia’s Government initiative to become one of the ASEAN countries to accede to the Protocol to ease traders in doing business in this region. This also makes Malaysia accessible to the global market. By acceding to the Protocol which provides an efficient and cost-effective registration mechanism, it will in turn result in reducing the cost of doing business in Malaysia which does not only benefit the local businesses but also businesses which are looking to invest in Malaysia.

Upon the Protocol become in force in Malaysia, local brand owners in Malaysia can begin using the Madrid System to protect their trademarks, by filing a single international application in one language and paying one set of fees in a single currency. With the Madrid System’s structured designation process, foreign companies and trademark owners can now easily seek protection for their trademarks when introducing their products and services in Malaysia.